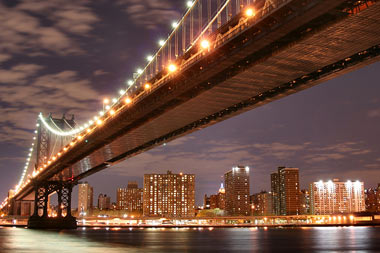 Gammon Group is a global group of companies with strong presence in emerging markets such as  Asia, Middle  East, Europe and North Africa. It is one of the largest civil engineering construction companies which has built the  maximum number of bridges in the whole of the commonwealth. For close to a century Gammon its subsidiaries  (collectively, the” Group”) has been executing the toughest engineering construction projects. It has been involved in  designing  construction of ports, cross country oil & gas pipelines, thermal & nuclear power station,  dams, high-rise structures, international airports, highways, chemical fertilizer factories. Gammon expertise help  business generate values from the most challenging circumstances. Through participation in state level engineering  construction projects, Gammon has made significant contribution to the transportation infrastructure in Asia and Middle  East. After becoming one of the world’s leading construction companies, Gammon has diversified into areas including  infrastructure management and petrochemicals. Gammon work for government  commercial projects. These  projects have help grow local economies and improve the quality of life for communities people around the world.

Our vision is to be the preferred partner for solutions in our domain of expertise.

Plans are under way to establish a state-of-the-art port with a shipbuilding plant in Jazan at a cost of $10 billion.Businessmen attending the Feb. 25-26 Jazan Economic Forum will be briefed on the vital project, which is likely to change the region’s trade and economic dimensions..

A two-day economic forum opens in Jazan on Feb. 25 with the participation of government and business leaders to woo investors and accelerate the region’s growth.Jazan Gov. Prince Mohammed bin Nasser will open the Jazan Economic Forum (JEF) as part of his administration’s efforts to attract domestic and foreign investment to the region.

Businessmen and officials have welcomed the Saudi Railway Organization’s (SRO) plan to establish a 660-kilometer coastal railway line between Jeddah and Jazan, saying it would boost the two regions’ economic, commercial and social development.

A memorandum of understanding was signed between Gammon Group Chairman Mohammed Rafique and former Rabigh Gov.Mohammed Barakah Ismail Al-Ghaanami for the use of over 20 million square meters of land owned by Al Ghaanami. Under this agreement, the Gammmon Group of companies will design plan, finance and build a complete new city which will include

Saudi businessmen and industrialists have honored Mohammed Rafik, chairman of Gammon Group, for his commendable efforts in strengthening Saudi-Indian business relations. Gammon has been given the task to develop Jazan Industrial City, which is expected to attract investment projects worth SR75 billion.

Businessmen and officials have welcomed the Saudi Railway Organization’s (SRO) plan to establish a 660-km coastal railway line between Jeddah and Jazan, saying it would boost the two regions’ economic, commercial and social development.

JEDDAH – Sheikh Rafik Mohammed, chairman of the Gammon Group, urged investors to seize the opportunity to grab government incentives by making investments in the Kingdom, which, he said, is the best place in the world for investors. In an interview with Saudi Gazette, he said that the government of Saudi Arabia will pay the investors 75 percent of their project cost in soft loans for 20 years, and the amount of loan reaches up to SR1.2 billion.

JAZAN —  A UAE-based Indian billionaire will make investments worth SR1 billion in healthcare and pharmaceutical manufacturing sector in the new Jazan industrial city. B.R. Shetty, chief executive officer and managing director of New Medical Center Group of Companies and UAE Exchange, signed here on Monday an agreement with Prince Turki Bin Mohammed Bin Nasser, director of international trade at the Ministry of Commerce and Industry, and Sheikh Rafik Mohammed, chairman of the Gammon Group, to establish the pharmaceutical manufacturing plant in the city.

Chairman of Gammon group is awarded "Businessman of the year" by Malayalam Gulf.

“We hope the Saudi-Indian relations would reach greater heights in the coming years,” he said while addressing an iftar party organized by the group.

He said many major Indian companies are interested in doing business in Saudi Arabia to make use of the growing investment opportunities in the Kingdom. 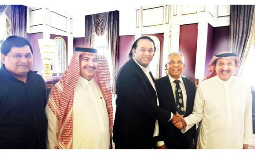 Saudi Arabia is inviting major international companies to invest in a new industrial city in the southern Jazan region, offering soft loans worth 75 percent of the project cost. Developed by Gammon Group, the proposed city is expected to attract investments worth SR75 billion.

Rafik Mohammed, chairman of Gammon Group, said five well-known companies in Canada, Malaysia and India have agreed to establish factories in pharmaceuticals, iron and steel, cement, tires and copper in the city, adding that it would create about 100,000 jobs.

Any person or company who knowingly and with intent to fraud any other company or other person on the behalf of Gammon Group is showing any statement of claim containing any materially false information, or conceals for the purpose of misleading information concerning any fact material thereto, claim a fraudulent AUTHORIZATION OF NEGOTIATION from Gammon Group or any project about Gammon Group, which is a crime, and shall also be subject to a civil penalty and may be subject to confinement in prison. For the verification of any letter issued by Gammon Group or any person claiming relation with Gammon by any means as by company policy we did not issue any kind of Letters of Negotiation personally, Please feel free to contact us by Contact Form in Contact Column. President Gammon Group of Companies.